Home/News/From all over the world "Titanic Museum"
From all over the world "Titanic Museum"
The capital of Northern Ireland, Belfast, attracts tourists from all over the world not only for its rich history, but also for an unusual Titanic museum, that was opened in 2012. The area of the museum building is more than 14 thousand square meters. There you can find a great number of galleries, conference rooms, shops and cafes. The authors of such an unusual project are architects Eric Kuhne and Mark Evans of Civic Arts / Eric R. Kuhne & Associates. The project, unique from the point of view of architecture, was created entirely under the influence of marine topics - ship hulls, layers of water, ice crystals. 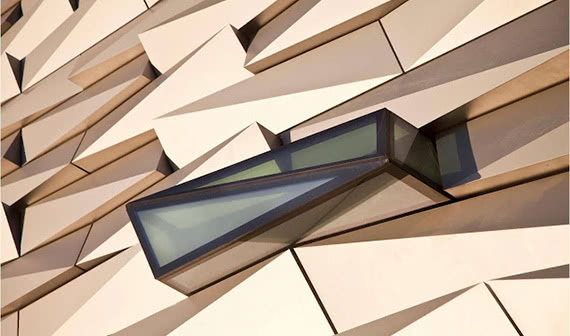 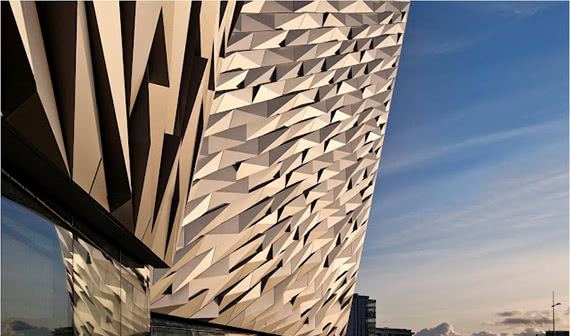 The Museum which is also a monument resembles the famous ship in its size, because it has the same height - 38 meters. Even with uniform illumination each face of the panels radiates its own individual shade of color. The facade consists of 3000 panels made of composite material with anodized silver coating, 60 per sent  of which are unique in their shape. The building sparkles like a huge iceberg on sunny days. Daylight enters the building through the narrow windows that have become part of the facade. Taking into account the humid climate and constant winds blowing from Belfast Bay, the decision to cover the facades with aluminium panels was very practical. So the walls of the building are not exposed to the negative impact of the environment, and the appearance of the museum will remain in its primary form for a long time. 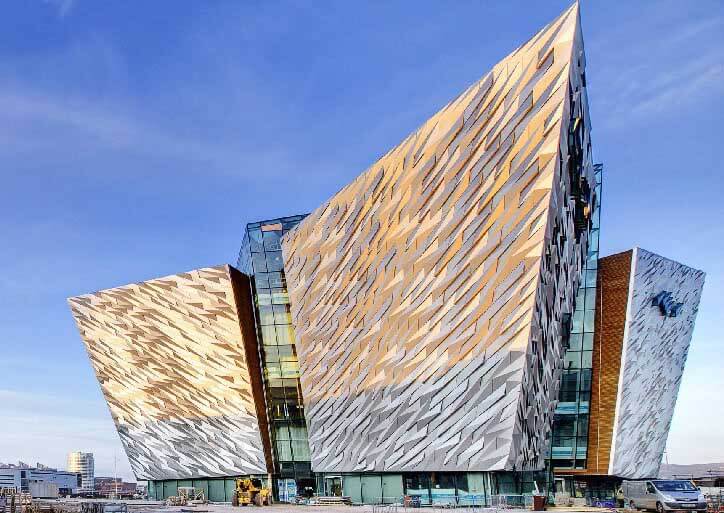 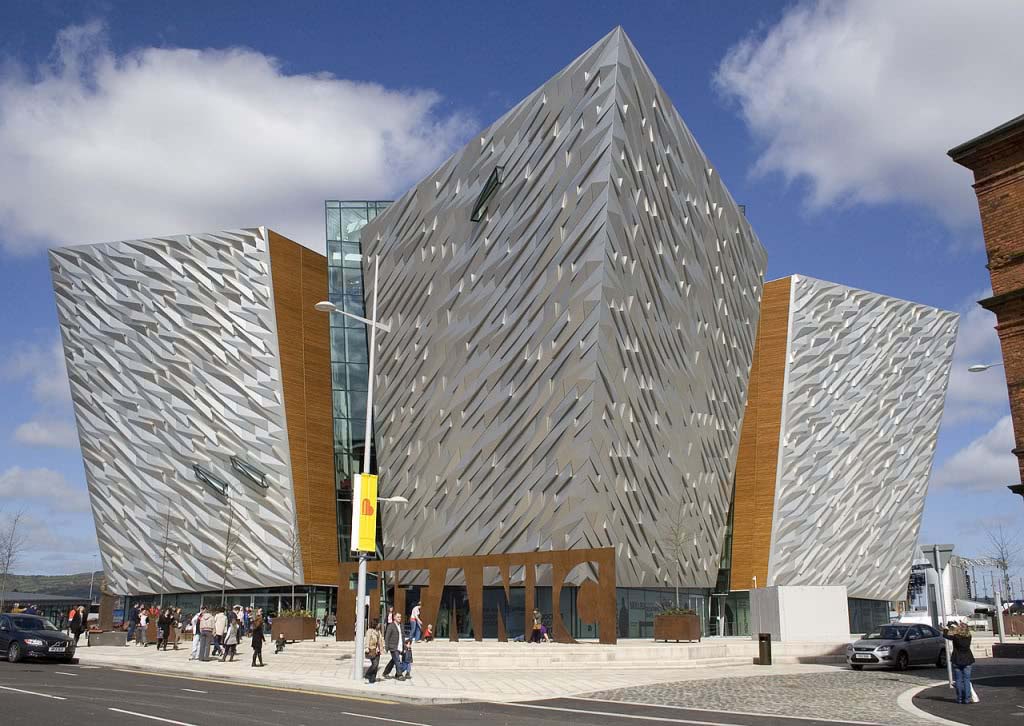 No less interesting are the expositions, they present the reconstruction of the famous ship, as well as finds from the depths of the ocean in the place of the Titanic death. The decision to build the museum was timed to coincide with the 100th anniversary of the ship. It is now a part of five key projects aimed at attracting tourists to Northern Ireland. Having become famous in a short time, the museum became as much a symbol of the city as the Eiffel Tower in Paris and Big Ben in London.