Home/News/Granaria: urban reconstruction in the center of Gdansk
Granaria: urban reconstruction in the center of Gdansk
The tendency to preserve old architectural objects, giving them a new life is not just a fashion trend. There are many ancient buildings of historical value all over the world. One of these objects is the island of Granari which is located in the center of the Polish city Gdansk. Buildings for storing grain were situated there for more than 600 years but they lost their importance over the time and the island became an abandoned place. Having decided to change the functionality of this space in a radical way, the specialists of the architectural studios Kwadrat, MąkaSojkaArchitekci and RKW from Dusseldorf, designed a unique complex that combines the infrastructure of the modern city with respect for the rich history of the country. 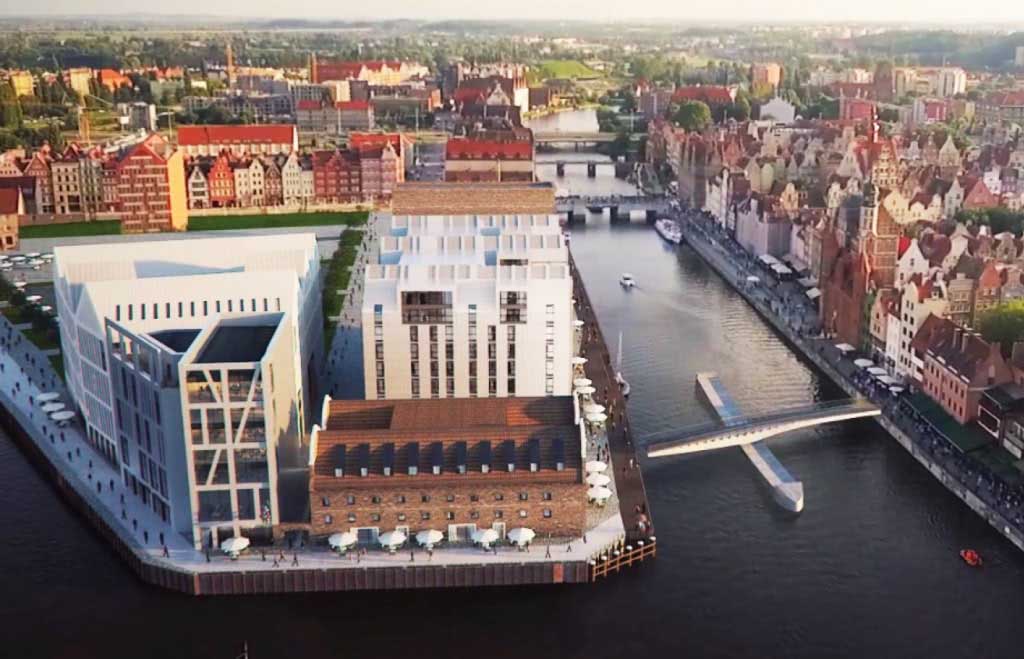 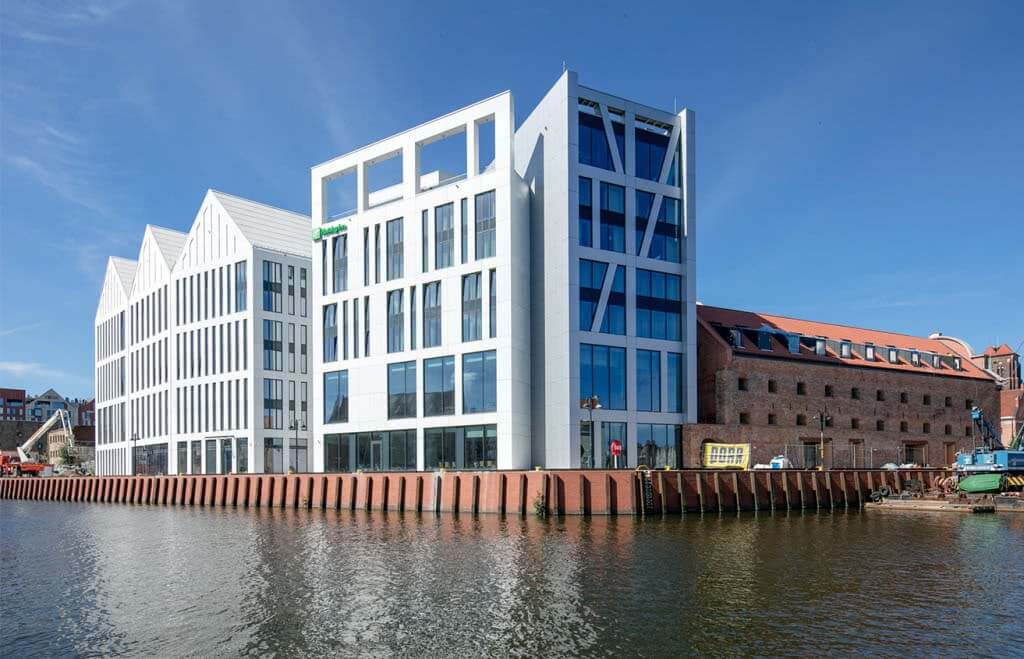 Now this once forgotten part of the city has acquired not only the imposing name Granaria, but also a comprehensive concept which includes residential buildings, service and retail outlets, underground parking and a modern hotel with numerous conference rooms. The project will be completed with the reconstruction of the city square and a new pedestrian bridge that will connect it with the city center. The expressive exterior design of the complex emphasizes a new living standard.
To achieve that the designers found a spectacular solution and offered Russia’s Bildex aluminium composite panels as a facing material. Matte metallic lays emphasis on clear lines of the architectural ensemble. When the weather is sunny, the facades surprise with a soft glow emphasizing the nobility of the style. Wet climate will not affect the appearance of the panels as they are resistant to the negative effect of climate and serve as excellent protection for the walls of buildings. The continuity in style of facade covering allows to present the complex in the most advantageous perspective and complements the existing urban landscape with a new sound of an old island. Thanks to the talent of the architects, Granary will regain its former splendor which is known since Hanseatic times and will serve as a delightful showcase of Gdansk.